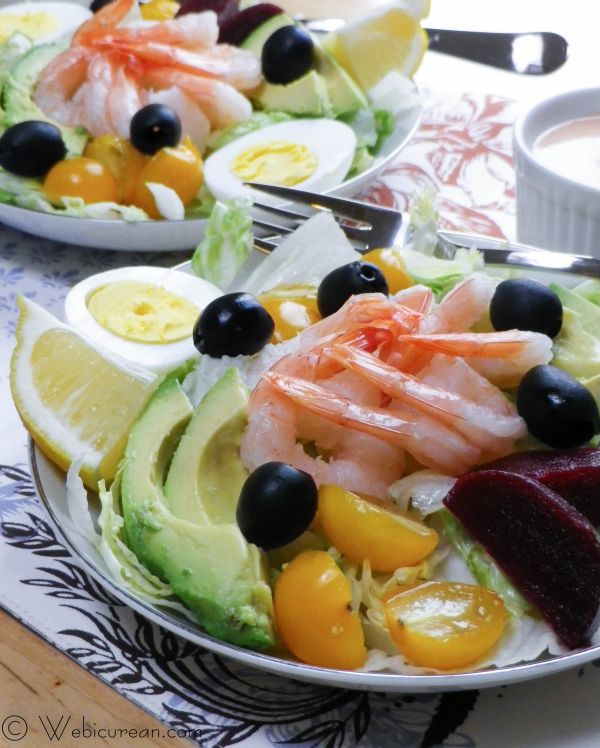 With Good Friday upon us, I thought I’d write about one of my favorite Lenten dishes. I may not have grown up in a religious household, but we did follow certain Catholic traditions. For example, each year for Lent, we’d give up sweets (although I seem to recall Sundays were cheat days).Â  And certainly we’d abstain from eating meat on Ash Wednesday, Good Friday, as well as the other Fridays of Lent. That meant tuna fish sandwiches for lunch, and often Shrimp Louie for dinner. My mom’s Louie dressing was simply the best.

So who’s this Louie guy anyway? Honestly, it’s hard to say. Here on the Left Coast, Crab Louie is known as the “King of Salads,” and a handful of establishments lay claim to its origins. It is known that Crab Louie was being served as early as 1914 in San Francisco’s Solari’s Restaurant, and a recipe is included in a 1910 cookbook by Victor Hirtzler, head chef at San Francisco’s St. Francis Hotel. Some accounts credit a pre-1914 recipe to Louis Davenport, founder of the Davenport Hotel in Spokane, Washington, who interestingly enough spent his early years in San Francisco. See, sounds to me as if all roads lead back to San Francisco on this one.

All that aside, the West Coast is still the best place to find Louie salads–sometimes all Dungeness Crab, sometimes all Bay Shrimp, and sometimes a combination of both. Whenever we’re on a coastal drive, this is what I’ll likely order. I love the one served at Gilda’s in Santa Cruz, which is loaded with ample amounts of crab and shrimp, and served with their homemade dressing. Then there’s Ketch Joanne’s in Princeton-by-the-Sea, also a good classic salad. I’m really just looking at two things–the seafood needs to be plentiful and super fresh, and the salad better not be topped with Thousand Island dressing. Repeat after me–Louie and Thousand Island are NOT the same. OK, there, I feel better now.

Now, let’s move on to my mom’s Louie dressing. It’s pretty simple, and this time around, I’ve kicked it up a notch by using Traina’s new Sun-Dried Tomato Ketchup. I have to say, not being much of a ketchup person, this stuff is pretty darn good. We’ve tried it on burgers and fries, and it has a much more complex flavor than the basic variety. The folks at Traina were kind enough to provide me with a bottle for sampling, and that we’ve done! It’s mostly available online for purchase, although it is finding its way into local retailers … hopefully it’ll soon be a staple at my local market.

Start by adding all the dressing ingredients to a small bowl, and whisk together.

Set aside in the refrigerator and let it rest about 30 minutes so the flavors blend. The longer it sits, the better it tastes.

(metal knives cause the lettuce to oxidize faster). 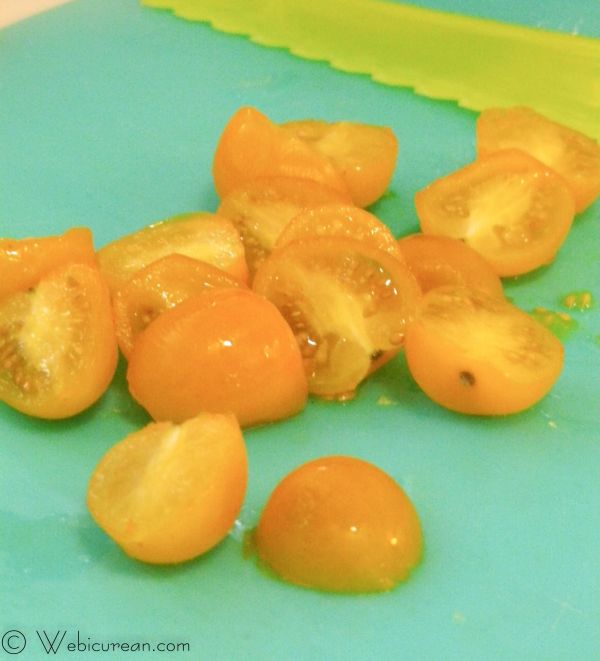 I love these little sunburst tomatoes, but your favorite tomatoes will do.Â  Halve these and toss with a little salt. 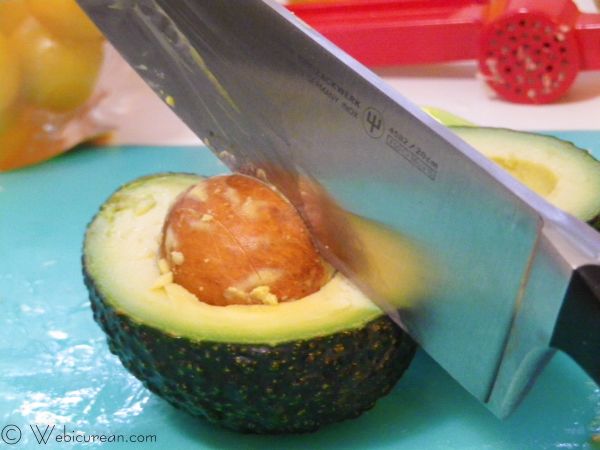 A Louie isn’t much of a Louie if it doesn’t have hard-boiled eggs and fresh avocado.Â  To easily remove the pit from an avocado, split it in half, then thwack the pit with a heavy knife, twist, and remove. Super easy.

The salad can either be assembled in a large serving bowl or in individual bowls, such as this. See the black olives? I almost forgot those. Don’t make the same mistake I nearly made! 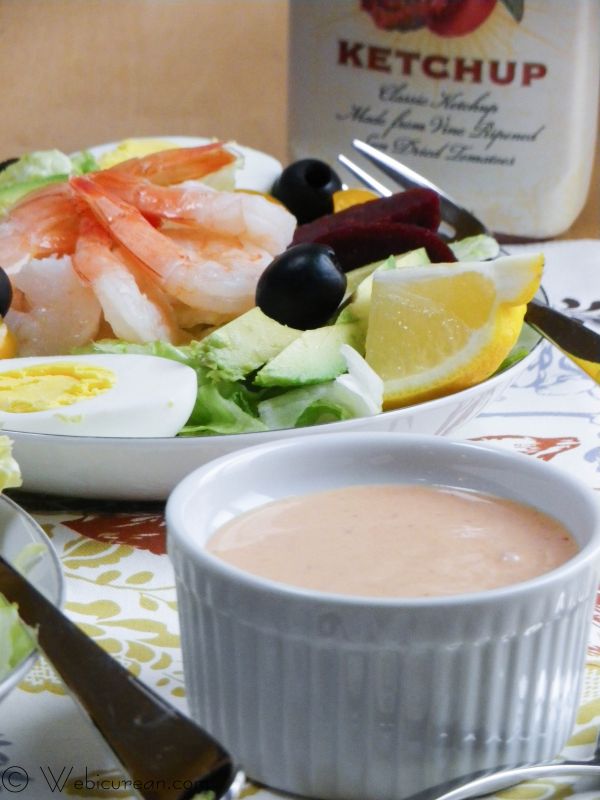 I like to serve the salad with the dressing on the side–the ingredients are so pretty–why cover them up before anyone else can see them?!

Note: I earn a modest commission from purchases made through any amazon.com links on this page.

Thanks a lot for sharing such a fantastic recipe. Looks perfect delicious. I really like to appreciate. I have never made it before,

as it seems like a large and daunting task, but I am going to go ahead and get some and try it out now! I am also so much impressed by

Pretty funny! What do you think goes in Louie dressing? Or is it the large shrimp that bothers you so?

Thank you for a great representation of a Shrimp Louie! Made exactly as written and it was delicious, all my dinner guests thought so.

Awesome! Glad you enjoyed it!

The recipe does look great, but I have a question about it. The recipe calls for salad shrimp but in the description above the ingredient list mentions “bay” shrimp. It’s my understanding that bay shrimp are the tiny crustaceans that are about a half inch long which are different from what is in the pictures. I am wondering which are better to use.

Hi Randy! You are correct—bay shrimp are the little ones. Sorry about the confusion. I ended up with the larger shrimp when I posted this, but I do actually prefer the bay shrimp for this salad because then you can have a some shrimp in every bite. It’s really a matter of personal preference as both work well.

Great! Thanks a lot for sharing such a fantastic recipe. Looks perfect delicious.
I really like to appreciate!