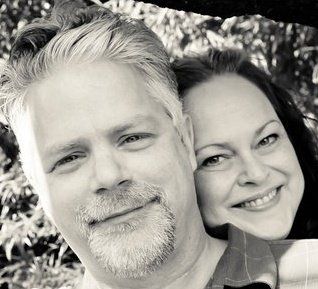 Anne and Morgan (her CTO) are San Francisco natives (3rd generation) with a passion for food. Anne was inspired by her mother, her grandmother, and her aunts, as she watched them serve up the most delectable meals to her large Swiss-Italian family.

While working in the tech industry, an opportunity arose to combine two of Anne’s passions (tech and food). This was long before blogging, before the term “social networking” came into play, and truly, before most people had even heard about “the Web.” Webicurean was created for a service called CompuServe. It was around 1996/97 that Webicurean began as part of the Internet Fun Forum, and eventually as a featured column on CompuServe’s main menu. In those early years, Webicurean’s goal was not only to write about food, but to curate the best that the fledgling Web had to offer. Topics ranged from chili cookoffs to buying fish online, and in addition to bringing you the best related sites, a story would unfold.

Fast forward to 2012, and much has changed. As it turns out, hundreds of recipes had been posted on Webicurean.com over the years. Many have already been converted into the new blog format, and the remaining will be added over time. Eventually we plan to retest each recipe, and post with mouth watering pictures. Beyond that, Anne will feature family recipes, passed down for generations, as well as other recipes from some of her favorite sources, both old and new. She especially loves vintage cookbooks and hopes to give some forgotten recipes a breath of new life. Along the way a little history and the stories that make these recipes special will be told.

In addition to writing about food, Anne has written on other topics, including most recently a book about Nicasio, California

as part of Arcadia Publishing’s “Images of America” series of pictorial histories. This book features vintage photographs from local archives and personal collections, recounting tales of the Coast Miwok and early settlers of the mid 1800s up through current times. She was also a panelist at Vircomm 2001, co-authored “Love, Lies and the Internet” in 1996 with Steve Syrmopoulos, and was a columnist for “The Paper” — penning a bi-monthly technology column and Web site reviews, with a focus on Northern California and coastal community news, events, and businesses.

Hi Anne . . . it’s Rick Leonard. I’m Morgan’s friend from Analog Devices and you were kind enough to have me over for dinner so we can be introduced and so Morgan and I could catch up a bit more. I hope I didn’t make a complete pig of myself (that’s my Italian heritage showing through). I like the website a lot and I can appreciate how much work goes into something like this. A labor of love I am sure.

I am not much of a cook but as I demonstrated I do like to eat a bit. Which (highly simplified) recipe would you suggest I start with?

Don’t know if are a baseball fan but I can imagine the city is buzzing with anticipation for tonight’s opener. Go Giants!! Rick

Hi Rick! Thanks for such a sweet note! We need to have you over again soon. I do love cooking, and I love having people enjoy my food! As for simple recipes, I think this chicken roasted with white wine is the easiest: http://blog.webicurean.com/2012/10/14/chicken-roasted-with-white-wine-sundaysupper also, this zucchini frittata is pretty easy too, and you could sub in just about any veggies for the zucchini: http://blog.webicurean.com/2012/07/29/new-beginnings-a-zucchini-frittata

Thanks, Kit, nice to “see” you! Hope you can make the reunion!