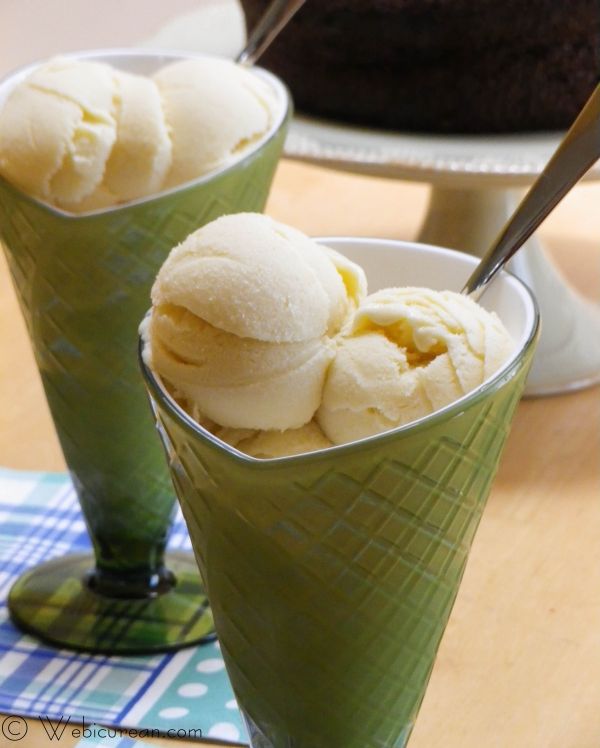 Mmmm what a refreshing glass of buttermilk, said no one. Ever. Well, maybe except for my dad. He loved his buttermilk. Of course, as a child, I had no clue why, but as we mature, so do our palates. Just to be clear, I still have no desire to chug a glass of buttermilk, but I’ve found it does have its place in cooking, which brings me to this ice cream. Creamy, rich, delicious, buttermilk ice cream. Since July is National Ice Cream Month, I figured, why not?

Morgan and I received the ice cream maker attachment

for my KitchenAid as a wedding gift a couple of years ago, which led to several months of ice cream binging. First, there was this Dark Chocolate Gelato… followed by this Butter-Pecan Ice Cream. Then along came a game changing Maple and Bacon Ice Cream, and everyone kept asking for more. The flavor of the maple alone makes it all worth it, I swear.

Then I stumbled across Deb’s Buttermilk Ice Cream on Smitten Kitchen. Intrigued, mostly because it sounded old-fashioned, I whipped up a batch. Good golly was this ice cream amazing. We’re talking about I’m-going-in-for-the-brain-freeze deliciousness. A simple yet decadent concoction, sweet with just enough tang–it almost tastes like cheesecake but far more delicate. Of course, I enjoyed it plain here, but this would work well with any number of toppings or with fruity stuff stirred in.

The original recipe calls for up to 12 egg yolks. Yep, you read that right–twelve. I’ve made this several times now, most recently for these pictures where I used six egg yolks. The final product was great, but as you can see, not nearly as creamy looking as Deb’s. After some experimenting, I found using eight to ten yolks works best for me. 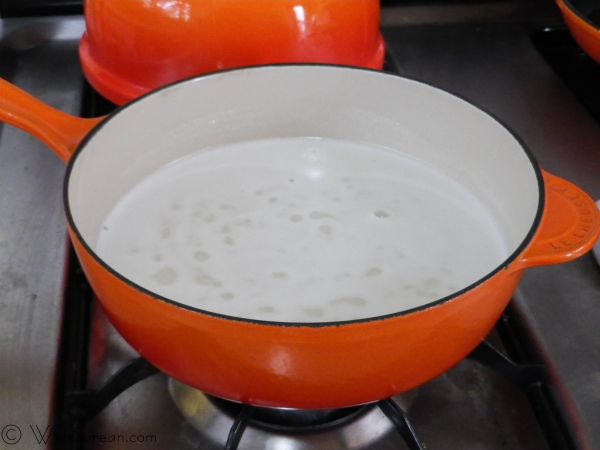 Start by whipping out one of those heavy saucepans and heating the cream and 1 cup of the sugar over medium heat. Bring this to a simmer.

Meanwhile, whisk the egg yolks with the remaining sugar. 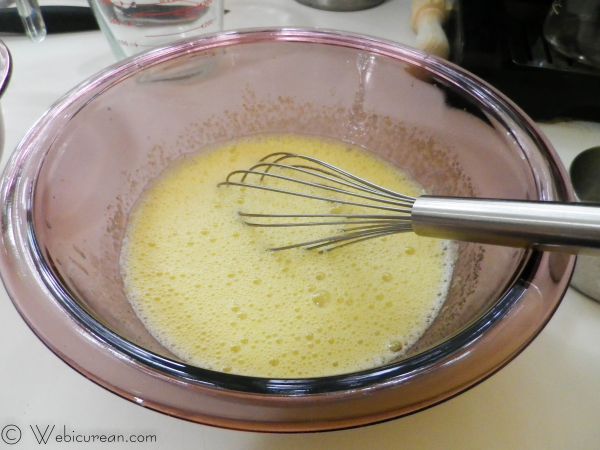 Temper the eggs by slowly whisking the hot cream mixture into the eggs. 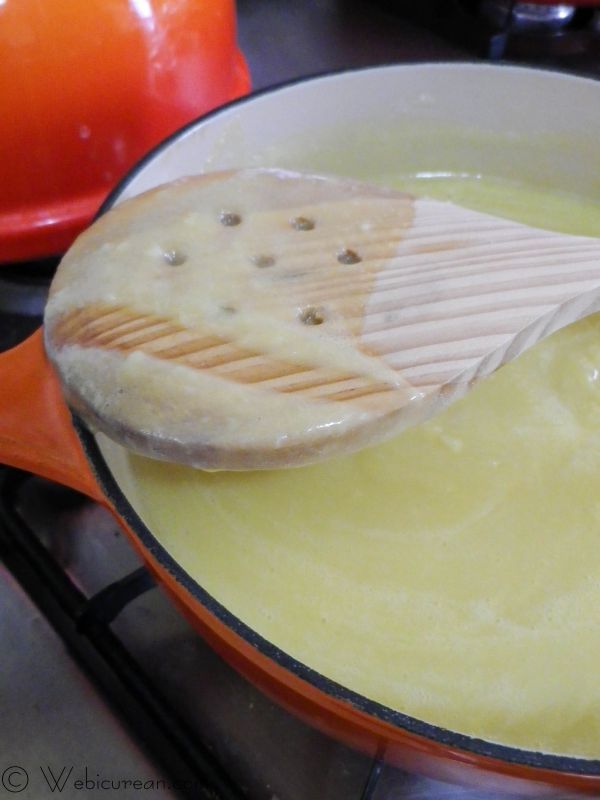 Return the mixture to the saucepan, and stir over medium-high heat until it thickens enough to coat the back of a wooden spoon. Remove from heat and stir in the buttermilk, vanilla and salt. (Note, some folks recommend straining first, but I usually skip that step.) 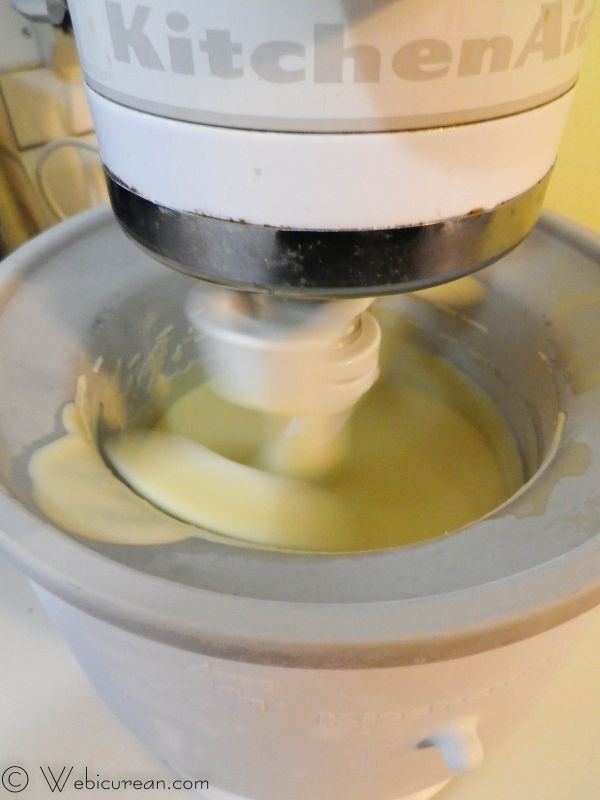 Once the ice cream base has cooled completely, prepare it in your ice cream maker according to the manufacturer’s instructions.

I’ve found with the KitchenAid that additional freezer time is required, so I usually scoop the ice cream into a tub and let that sit in the freezer for a couple of hours.

Love this post! I’ve got to try this ice cream again. I made it once a few years ago and wasn’t impressed. But the method and ingredients were all wrong too – like no egg yolks. It was odd. I’ll try again with a much better recipe, like this one! Thanks.

Thanks! I’m enjoying this even more than vanilla! The more eggs you put in, the creamier it gets (although I haven’t tried all 12 yet as that seems SO rich)

I am one of those weird people, like your Dad, who likes buttermilk. As a salted lassi, in my case. I have wanted to have a go with a buttermilk ice cream but with less heart-stopping amounts of cholesterol than Deb’ s one. Thanks for this. I may try it with less yolk (your original 6) and add in a tsp of xanthum gum (from my gluten-free baking shelf) but I suspect it won’t be the same.

It’s funny how our taste buds work–I may not drink it straight, but buttermilk in ice cream is incredible! I’ve never tried using xanthum gum, so I’m not sure how that would work. I remember reading in Saveur about Jeni’s ice creams which are egg free, and they’re supposedly super delicious. I’ll bet you could sub buttermilk for the regular milk and get a good result. Here’s the link: http://www.saveur.com/article/Recipes/Jenis-Ice-Cream-Base

I’m going to try it!! I’m mostly Finnish and all of my older great aunts and uncles always drank buttermilk. It’s so gross. But I just had to tell you, lol loved your blog!

Thanks Mallory! Hope you enjoy it! I think there’s a whole generation that enjoyed drinking buttermilk lol not me! But it’s definitely great in recipes