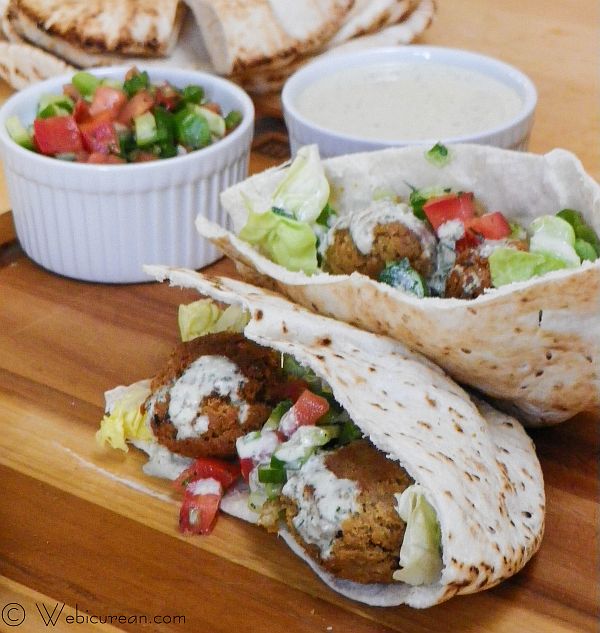 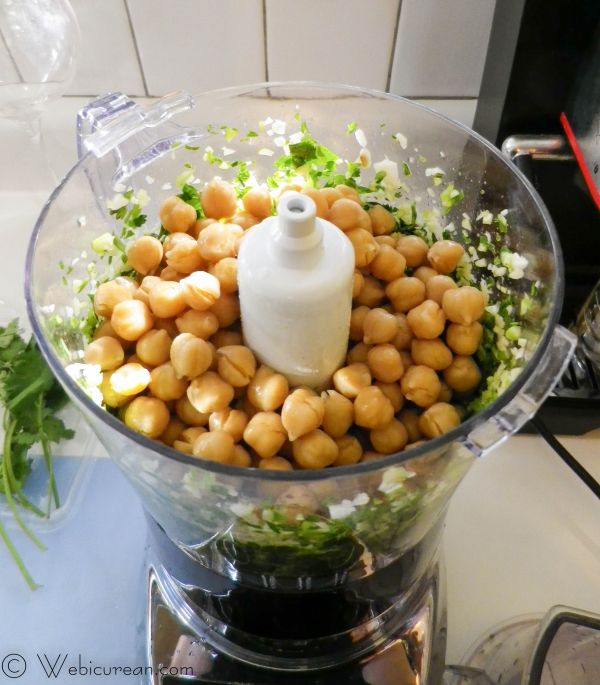 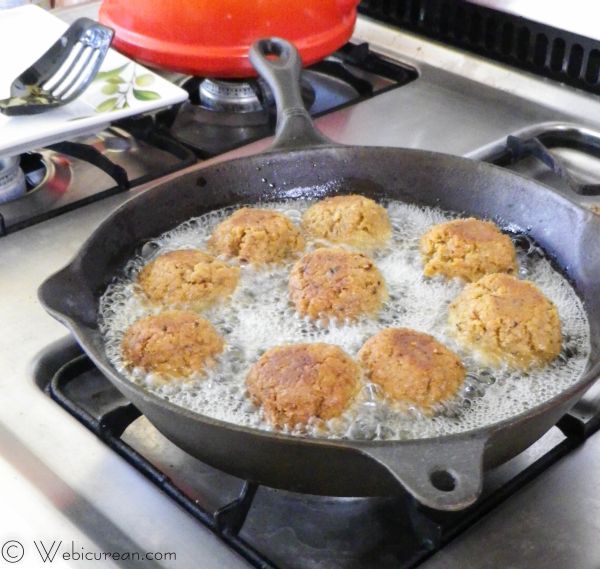 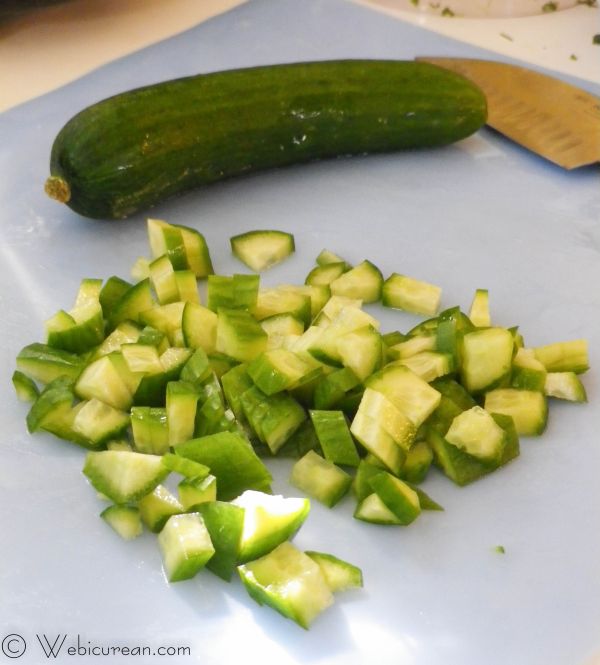 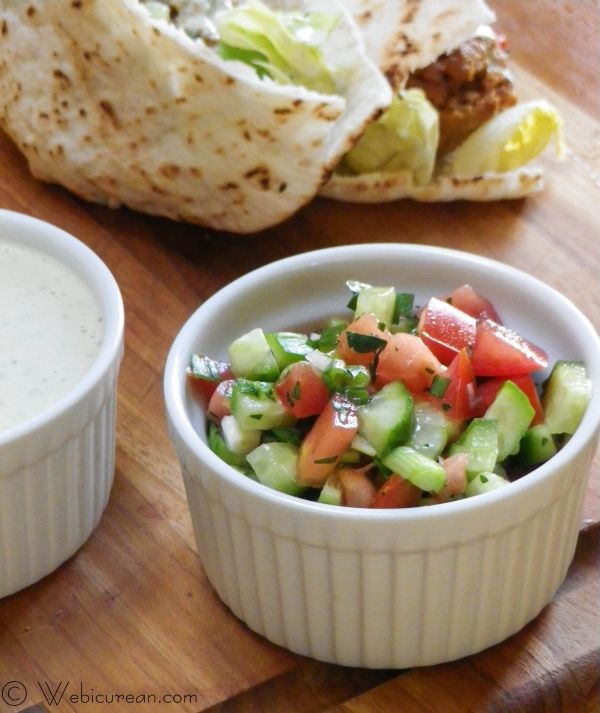 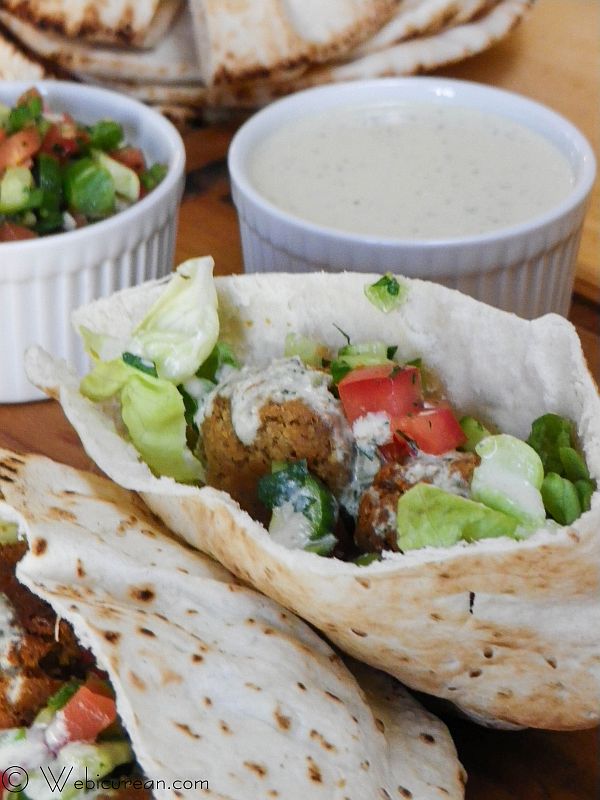 5.0 from 6 reviews
Falafel with Israeli Salad 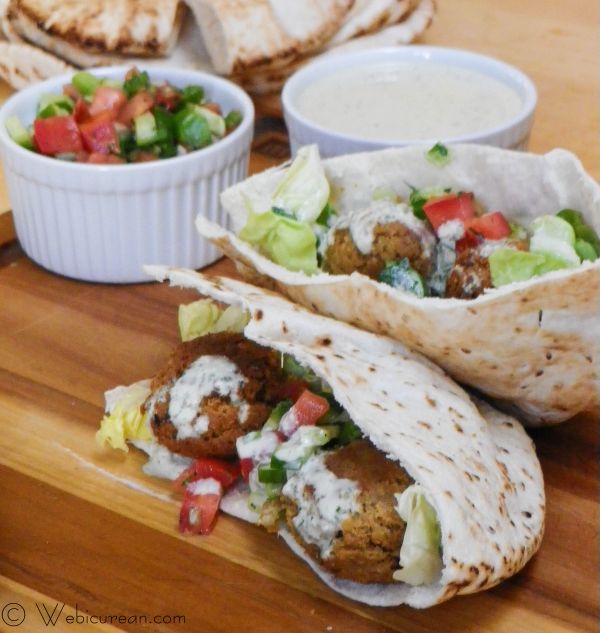 You need to come to my coast, we have some awesome falafel joints and they are cheap too. It’s the best lunch. 🙂
Susan recently posted..Homemade Labneh Cheese #SundaySupper

Wow, my mouth is watering!!! Wish I had this for my lunch today…gorgeous!!!
Liz recently posted..Ghraybeh or Lebanese Shortbread Cookies #SundaySupper

There is only one place here in Boca that I know of that serves good falafel, and surprisingly it is in the mall! haha. That’s why it’s good to have great recipes like this one!
Shaina recently posted..Burnt Eggplant with Garlic, Lemon and Pomegranate Seeds for #SundaySupper

Thank you so much for sharing this recipe. I was watching Eat Street the other day and they had a falafel truck on the show. I wanted that sandwich so bad!!
Bobbi’s Kozy Kitchen recently posted..Chicken Biryani for Middle Eastern #SundaySupper

Amazing how something so inexpensive and easy to make can cost so much when you dine out. The secret is out now. I’m so glad I have a food processor so I can whip up a batch of these in no time.
Renee recently posted..Sesame Tahini Cookies for #SundaySupper

Economical, easy, and delicious? That’s all I need to hear to send this to the top of my to-make list!
Courtney @ Neighborfood recently posted..Fried Honey Citrus Cakes #SundaySupper

This looks so tasty. I’ve got to try making my own falafel sometime too. You can find it all over New York – the street carts sell it, but their other dishes are often not good, so I’ve been wary of trying the falafel. (Hey, if you can make chicken thighs taste dry and chewy, I don’t want to think about what you would do to chickpeas and veggies!) I’ll have to take matters into my own hands, too, I suppose! 🙂
Julie @ Texan New Yorker recently posted..Chicken Shawarma #SundaySupper

That does it. I’m making these for sure. I’ve lived here in the Bay Area for over 20 years and still haven’t tried falafel. This recipe looks perfect to me. Pinning right now!
The Wimpy Vegetarian recently posted..Charred Eggplant and Chickpea Stew: SundaySupper

BUT homemade is best and these look great! 🙂
Amy Kim (@kimchi_mom) recently posted..Shakshuka for Two #SundaySupper

I’m on a never-ending quest to find the best falafel too! There was a Lebanese place down the road that had the best and of course it went out of business. I remember having it in Paris a few years ago, but don’t recall if it was the best (must not have been if I can’t remember!) Now I make it myself too. I love finding new recipes to try. Can’t wait to try yours.
Lane @ Supper for a Steal recently posted..Muhammara for Middle Eastern #SundaySupper

Looks tasty your salad. Is it only for Israeli?
Victoria recently posted..Best Way to Smoke Beef Ribs

Thank you for sharing this great recipe with us. I will try to make this for the weekend for my kids.
Ted recently posted..Great 5 Outdoor Electric Smokers Review (According To Expert)