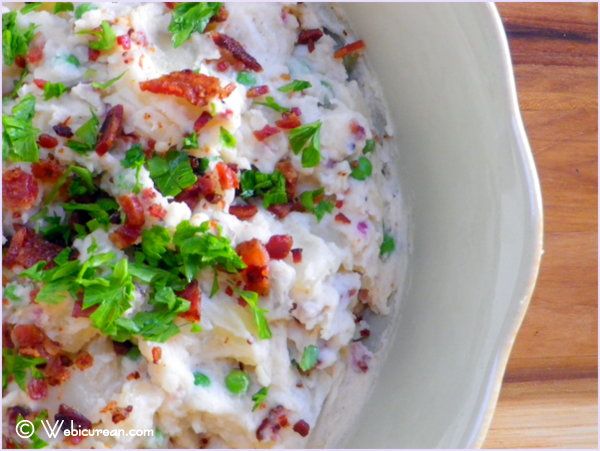 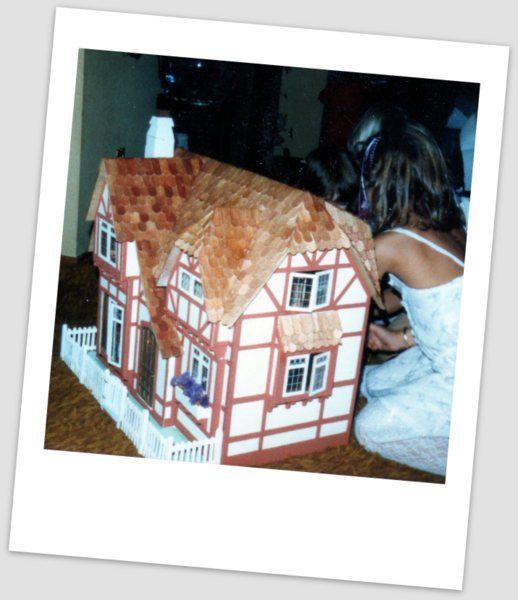 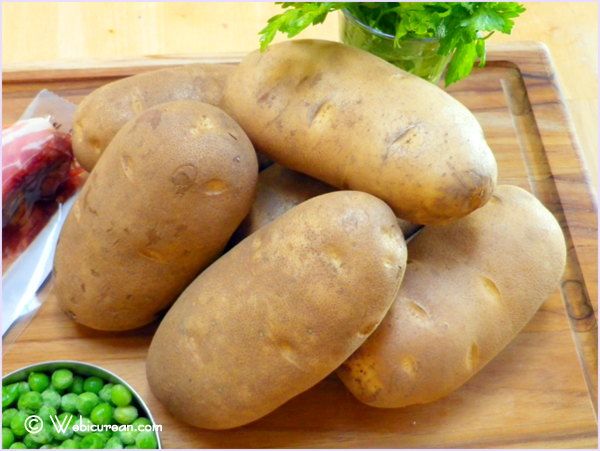 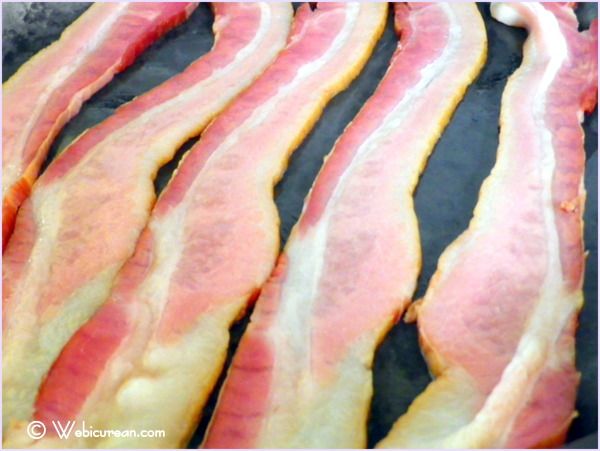 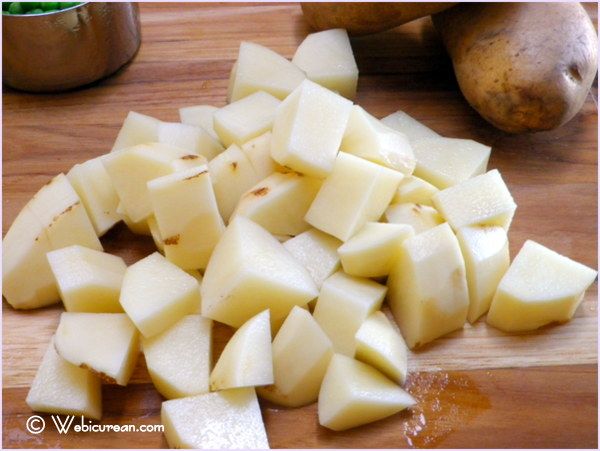 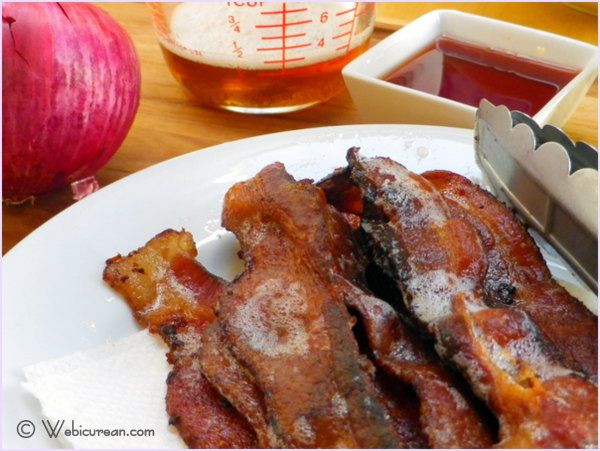 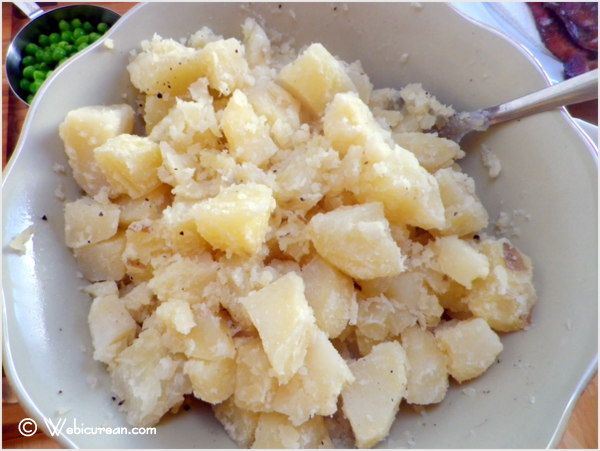 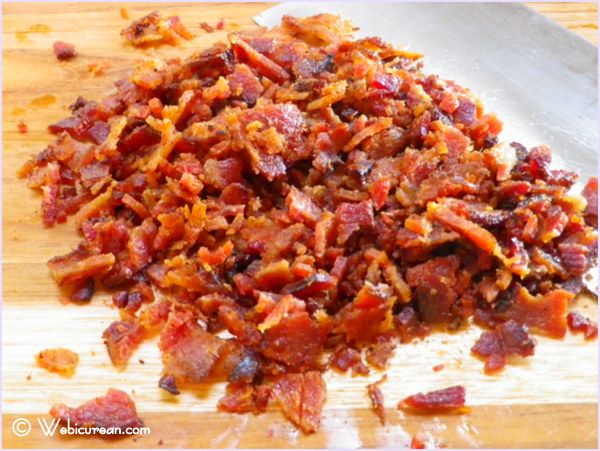 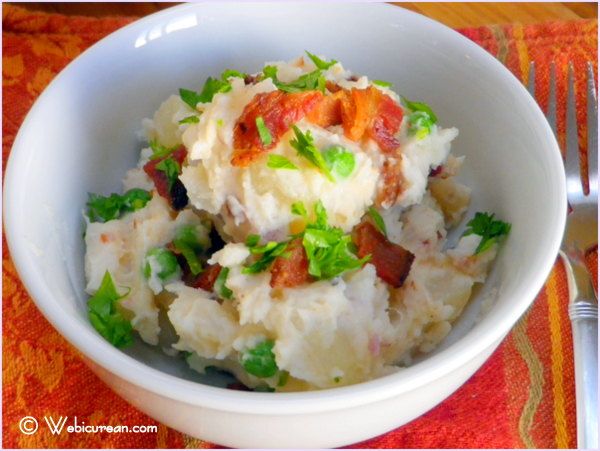 your potato salad looks delicious. How can you go wrong with bacon?
Pam @ The Meltaways recently posted..Slow Cooker Reuben Dip for a Tailgating #SundaySupper

These potato salad looks irresistible! I want to jump through the screen and eat the bacon.
Lane @ Supper for a Steal recently posted..Southwestern Spring Rolls for a Tailgate #SundaySupper

Any potato salad with bacon in it is a winner to me!
Renee recently posted..Individual Muffuletta Sandwiches for #SundaySupper

I was looking for potatoes recipe as I just bought loads of it yesterday and this recipe just came in on time! This is so delicious and confirmed to make it soon! Thanks for sharing.
Faye Leong recently posted..Hot & Spicy Popcorn Chicken #SundaySupper

I love all kinds of potato salad! Got to try this, Anne!
Cindys Recipes recently posted..Hawaiian Chicken Wraps for #SundaySupper

I love the addition of peas to the potato salad (and bacon…yummm)!
Katie recently posted..Simple Roasted Purple Potatoes for #SundaySupper

I love, love, love potato salad and this one looks amazing. Bacon, potatoes, and peas – Yum! I will definitively have to give your recipe a try.
Bea recently posted..Swabian Mini Meatballs for #SundaySupper {Schwaebische Mini Fleischkuechle}

I just went to a BBQ that this would have been perfect for but I am sure another one will come along and I will be able to bring this as a tasty side dish.
Laura Hunter recently posted..Oven-Baked Churros #SundaySupper

I love all bacon and with potato salad how can you go wrong!!!
Sheila Fretz recently posted..A Gluten Free Breakfast Sandwich for #SundaySupper the perfect way to start your tailgaiting party

There are so many things to love about this post! I love the story about you building that amazing doll house. I share your adoration for potato salad – if it’s at a party, I’ll station myself right into front of the bowl so that I can eat more than my share of it. I never thought of putting peas into it but I can just imagine that fresh, sweet pop. And bacon makes everything better. I could dive right into your photo of the finished product – its tantalizingly gorgeous!
Nancy @ gottagetbaked recently posted..Peanut butter pretzel truffles for a #SundaySupper tailgate party

So many delicious recipes with bacon this week for #SundaySupper! This potato salad looks amazing! Can’t wait to try it!
Karen Hartzell recently posted..Pepperoni & Mozzarella Pull Apart for a Tasty Tailgate #SundaySupper

Oh my goodness….I have to make this! My family loves my Bacon-Cheddar potato salad, but considering their love of peas, I think they would like this a lot! Looks beautiful too.
Brandie (@ Home Cooking Memories) recently posted..Buffalo Chicken Dip { Tailgating Food for #SundaySupper }

I love potato salad and you can never have enough recipes for them. I love love love bacon so this one, I will have to try soon.
veronica gantley recently posted..Sausage Balls for #SundaySupper

What a great tip! I love potato salad as well but have never made any. I will have to try the chicken broth and attempt a batch with the girls.
Audrey’s Mamma recently posted..Muffin Tin Monday, Kids Pizzas

Yummy ! Love this ! looks so wholesome 🙂 Mmmm delish ! The bacon op top is the icing on the cake ! Will be making this soon !
Sunithi recently posted..Benefits Of Frozen Yogurt & Fresh Peach Yogurt Creamsicle #Recipe

Love that you cooked the potatoes in the broth! What a great combo!
Patti recently posted..Pepperoni Pizza Puffs – Tailgaiting for #SundaySupper

Hello? Is it me your looking for? I’m singing a song to your potatoes. Excuse me we need to have a private moment. Thanks!
Sarah recently posted..Green Curry Shrimp and the culinary bucket list

Did you have to go and get that song stuck in my head? lol
Anne Papina recently posted..Anne’s Best Potato Salad with Bacon and Peas #SundaySupper

Oh this looks so delicious and comforting!!I would love to have a big bowl of this yummy salad right now 🙂
Soni recently posted..Indian Spiced Chicken Meatballs ~Its Tailgating time!! #SundaySupper

Jamie @ http://www.mamamommymom.com
Jamie (Mama.Mommy.Mom) recently posted..You Should Go To A Bar At Least Twice A Week

Its not my first time to visit this site, i am browsing this web page dailly and obtain nice
facts from here daily.
Luther recently posted..Luther