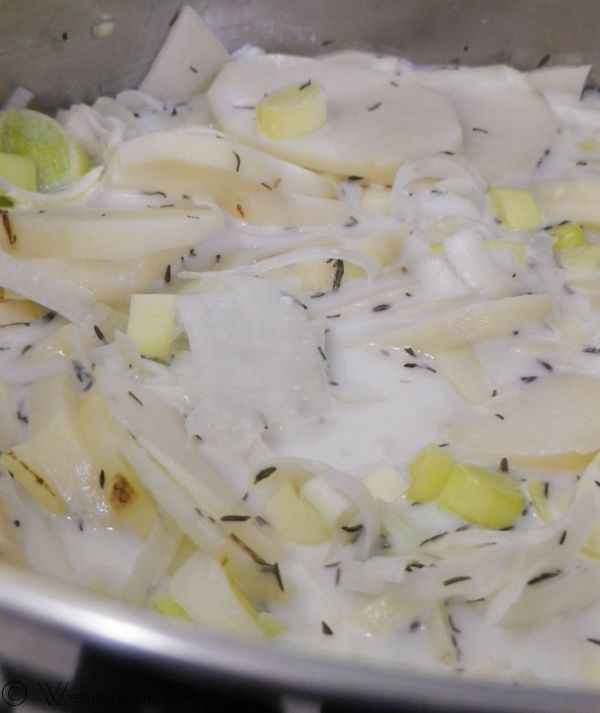 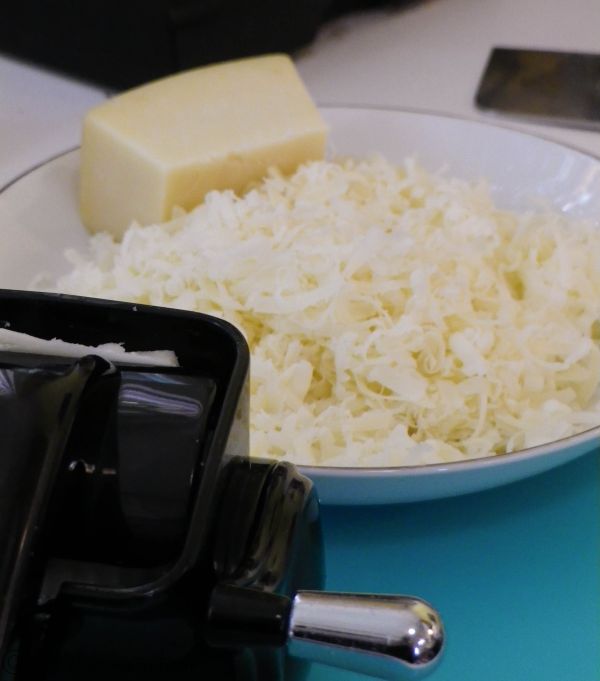 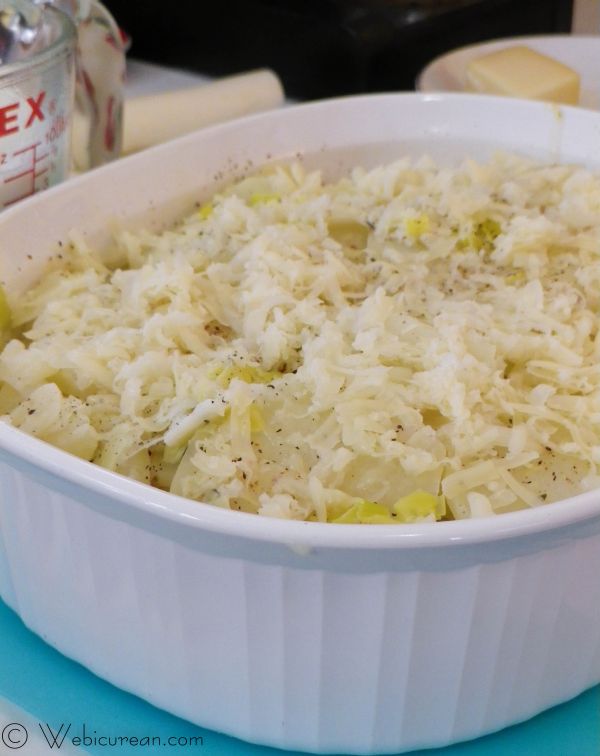 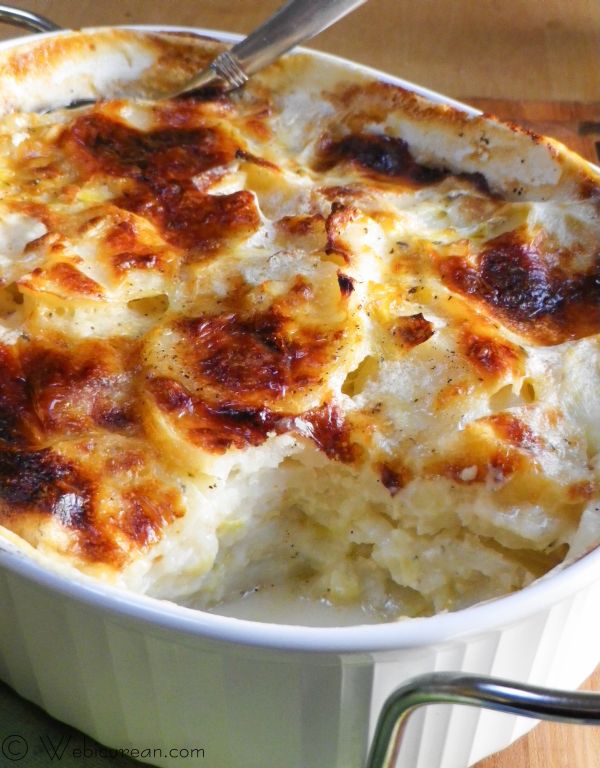 Time for me to pull out my trust 2-quart oval Corningware French White dish too! What a great gratin for Easter and would be perfect to go with ham.
Renee recently posted..Coconut Cupcakes for #Easter #SundaySupper

Yum! I love potatoes and leeks together but never thought of it as gratin. Great idea!
Jennifer @ Peanut Butter and Peppers recently posted..Coconut and M&M’s Cookies #SundaySupper

You have convinced me to add Leeks to my dish this Easter! Looks amazing. Yum!
Shannon @VillageGirlBlog recently posted..Not So Deviled Eggs for a #SundaySupper Easter

This screams “mom” to me – she loves all things leek / potato!
Sarah recently posted..Exotic Walnut Cookies for an Easter #SundaySupper

This is as good as a potato side dish gets! The addition of leeks is wonderful, and that golden bubbly topping is just the way it should be!
Paula @ Vintage Kitchen recently posted..Orange, Raisin and Almond Couscous #SundaySupper

That is the ultimate comfort food – it looks delicious!
Katy recently posted..Easter Simnel Cake for #SundaySupper

Ooh, the top of your gratin is so perfectly browned…it looks glorious!
Katie recently posted..Painted Sugar Cookies for #SundaySupper

Last summer I discovered how awesome leeks are. I can’t wait to try out this dish!
Sarah | Curious Cuisiniere recently posted..French Potato Salad