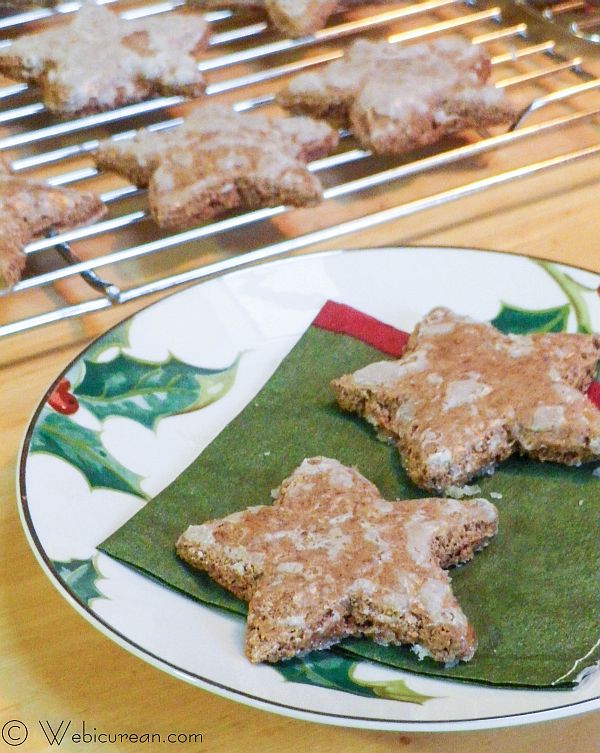 Switzerland may be the land of sweet confections, but it’s not all about the chocolate come Christmas. Depending on where you are, customsÂ  can be influenced by German, Italian, or French holiday traditions. In searching for something that could represent the country as a whole, I came across these Cinnamon Stars, which are largely a German treat but are enjoyed throughout this Alpine country. Since the most notable holiday celebrations take place in the German-speaking areas, this third installment of #TwelveDaysofSanta will take you there.

Similar to Christmas in Germany, the holiday season kicks off with Advent. The mood is festive, and Christmas markets spring up in villages across the landscape. Samichlaus, or Santa Claus, makes his appearance on St. Nicholas Day (December 6). The merriment begins with the Pursuit of Saint Nicholas (“Klausjagen“), a practice with roots in the Middle Ages. On the eve of St. Nicholas day, villagers gather for the parade as streets echo with the sound of bells. A magnificent procession of iffele takes place as men parade down the streets donning lighted headdresses in the shape of a bishop’s hat with cutouts made to look like a church’s stained glass windows. Samichlaus arrives with his dark alter-ego, Schmultzi, and together they hand out mandarin oranges, nuts, and other treats to children.

Like Germany, Christmas isn’t for Santa but rather Christkindli –the Christ child, depicted as an angel dressed in white apparel and a bejeweled crown. Christkindli is the bringer of gifts here, and children eagerly await his arrival. On Christmas Eve, families cut down their Christmas tree, and afterwards enjoy a sumptuous Christmas feast. Bell ringing begins around the village, signaling it’s time to attend midnight mass. After the service, folks return home to enjoy ringli and hot chocolate. On Christmas morning, children awake to a decorated tree and presents from Christkindli.

These Cinnamon Stars may be among the edible decorations adorning that tree. Not only do these cookies make great ornaments, they also make good eating! Similar to the pepparkakor, these cookies are a two-day process, but so worth it. Made with ground almonds rather than flour, these cookies are pure crisp, nutty, cinnamony goodness. As a bonus, they’re also gluten free. They’re meant to have a crinkly/crusty finish, but if you prefer a smooth finish, simply let the glaze air dry instead. Either way, these cookies make it hard to keep your hand out of the cookie jar.Â  I adapted this version from McCall’s Cooking School

First get the egg whites going until soft peaks form. I know, I know, copper is better, but really, this bowl works just fine. 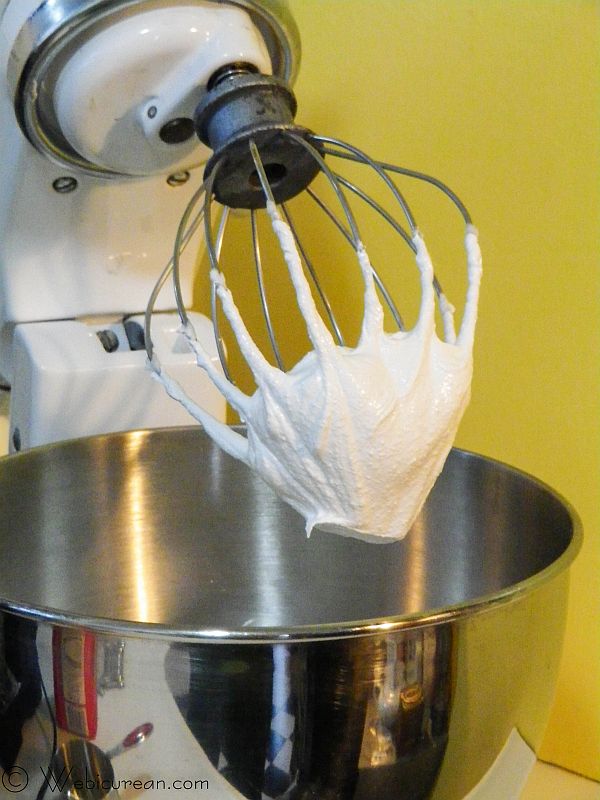 Gradually beat in the sugar until the egg whites are thick and glossy.

Meanwhile, grind up the almonds and mix in the cinnamon. Stir that into the egg white mixture until well blended, and cover and refrigerate overnight. 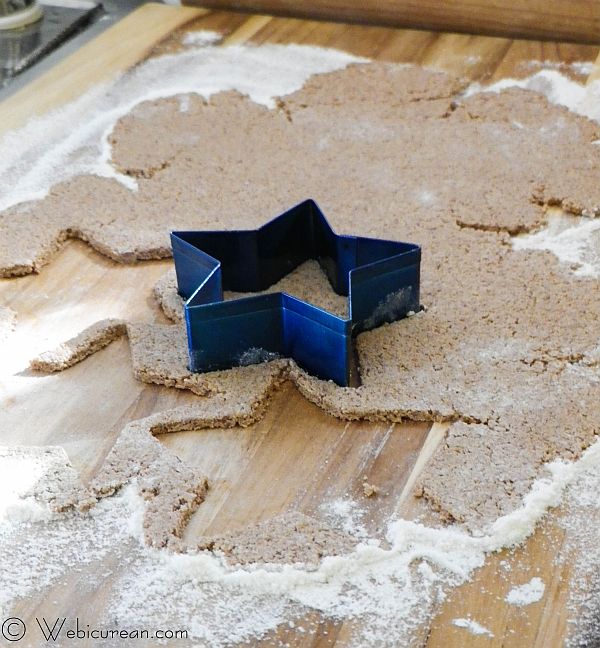 The next day, divide the dough in half and roll it out about 1/4 inch thick.Â  Dust your board with some gluten-free flour and sugar first! The cookie cutter should be about 3 inches in diameter. 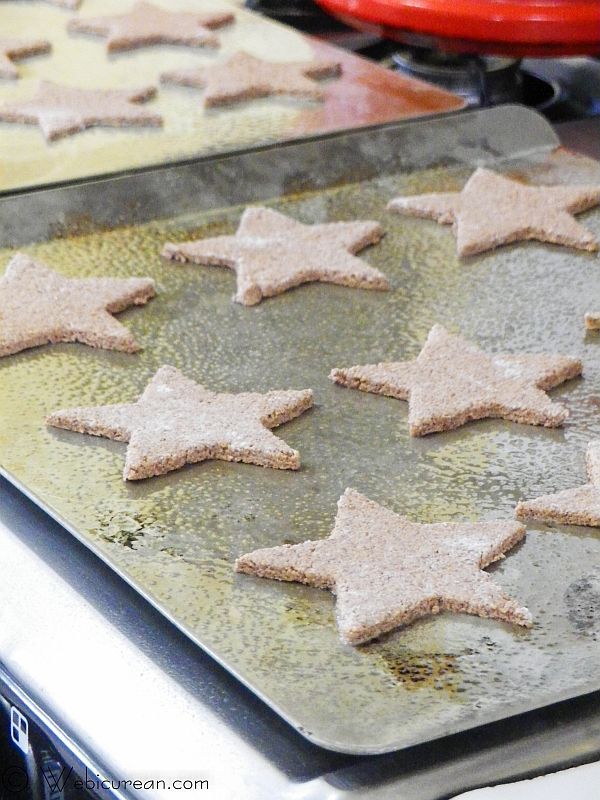 Arrange the cut-outs on greased cookie sheets and let sit at room temperature for about 2 hours, then bake. 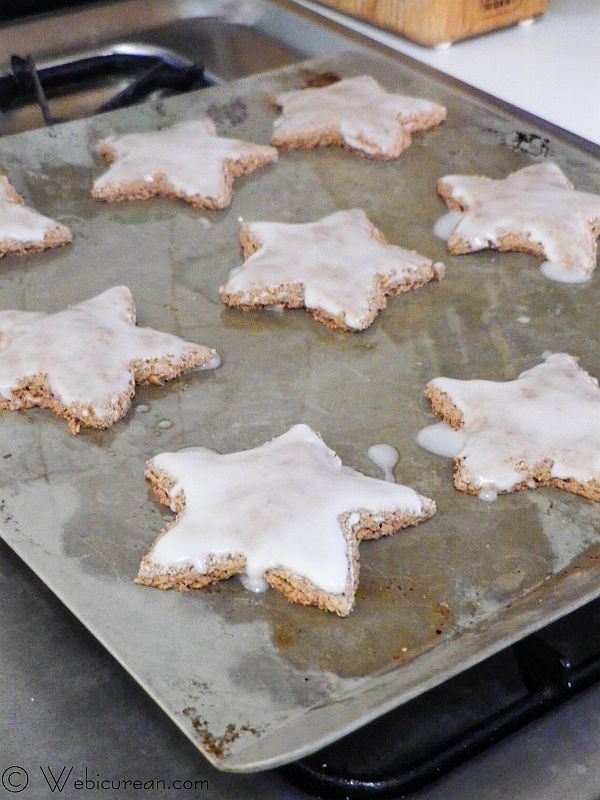 After 20 minutes, remove from the oven and brush with the glaze. Return these to the oven for an additional five minutes.

Perhaps not the prettiest cookie on the tray, they’ll certainly be one of the most popular.


Store in a tightly covered container with waxed paper between the layers. The cookies will keep well for several weeks.
Wordpress Recipe Plugin by EasyRecipe
3.2.2124

This is now a staple cookie made in my house, we absolutely love them.

They do have an amazing flavor!

Cinnamon Stars tastes good. Me and my hubby enjoys this with a cup of coffee.