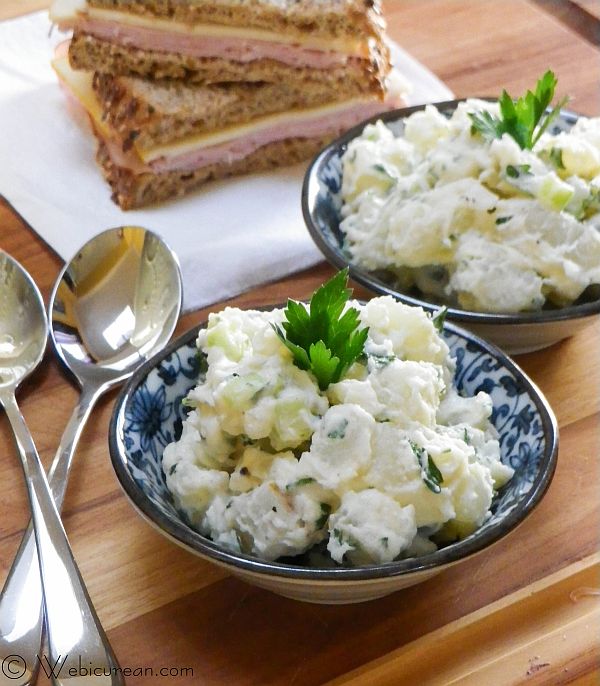 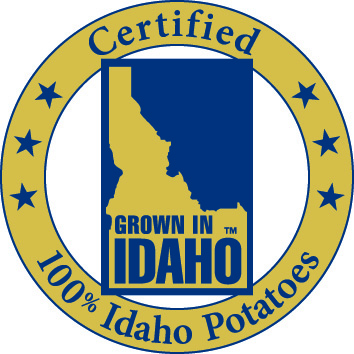 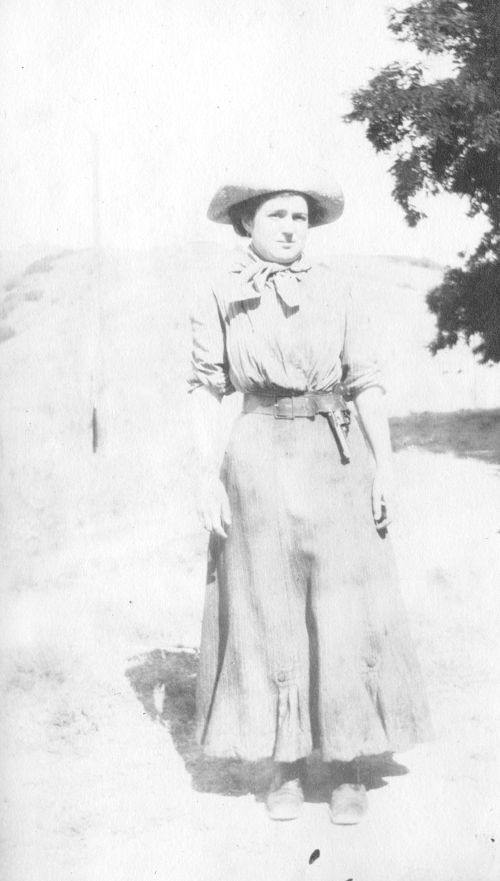 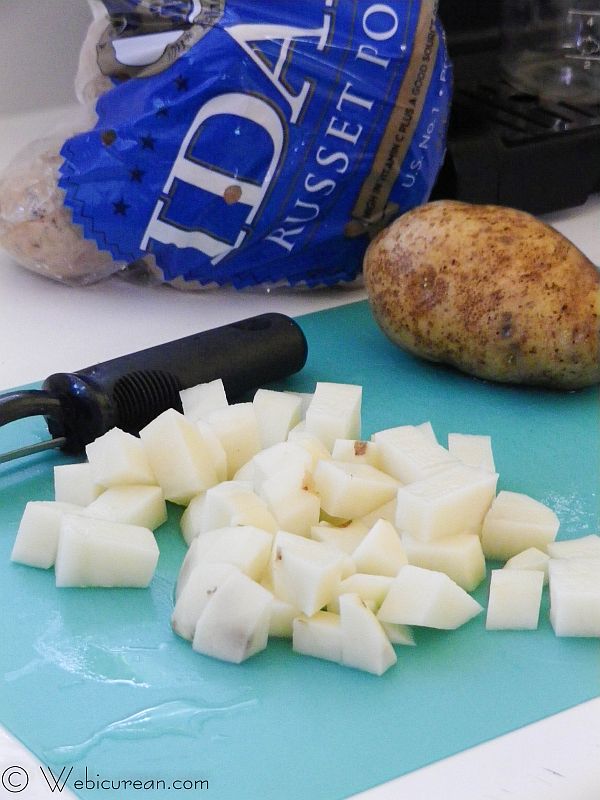 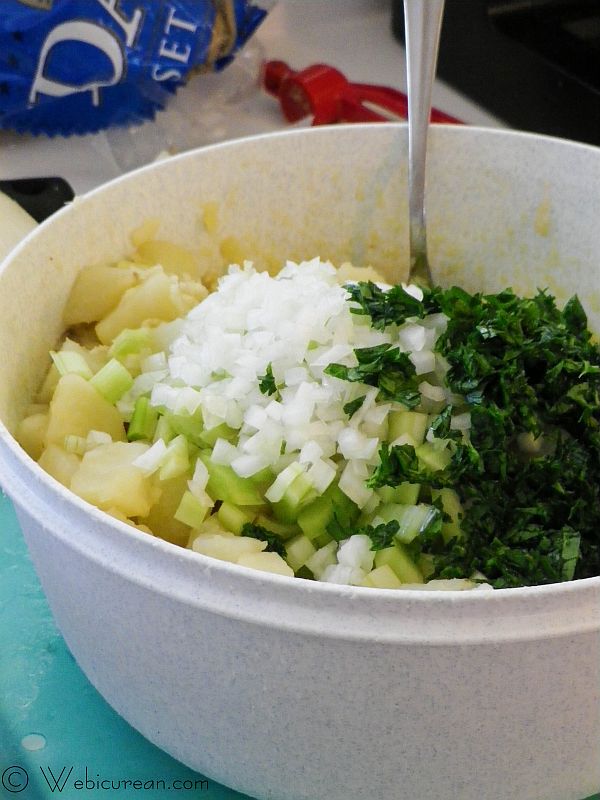 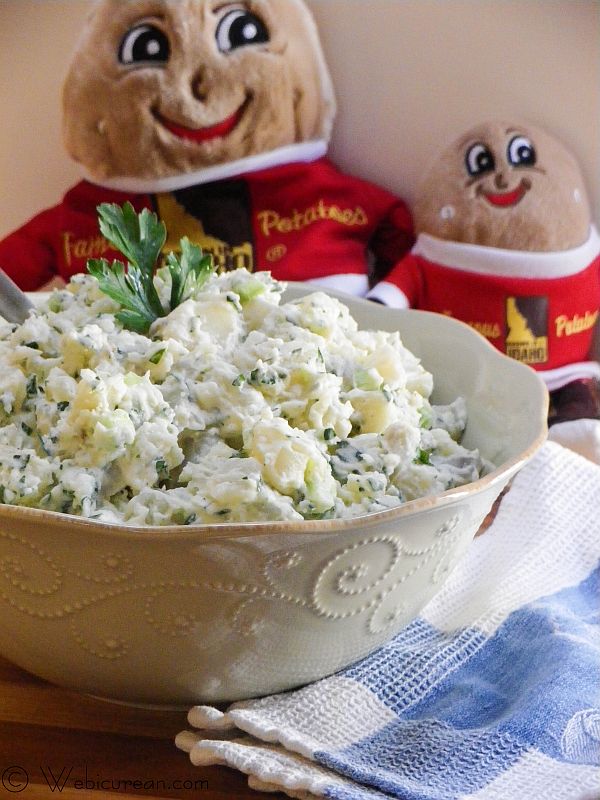 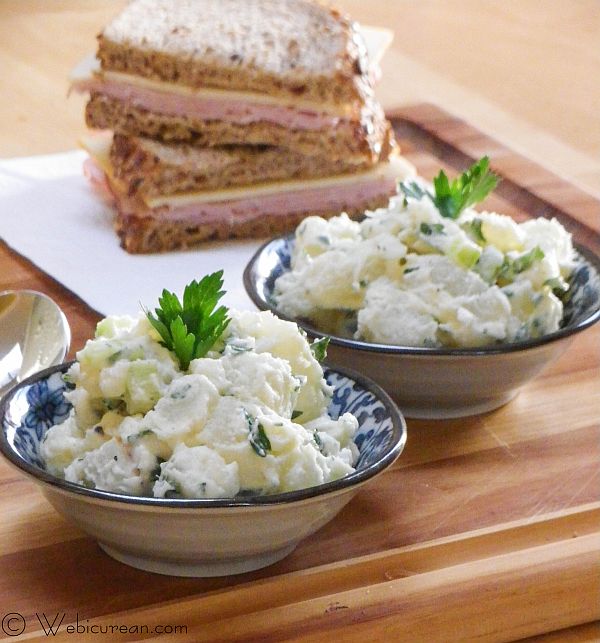 What an awesome photo of Nona! And thanks so much for sharing her recipe. What a treasure to be able to have it here to pass along to future generations.

Yum! Your potato salad looks out of this world! I would love a big bowl of it!

I love that photo…she’s packin’ heat! 😉 And the potato salad sounds fantastic, as well.

I am just loving the adorable photos with the Spuddy Buddy photo bombs. They make me smile! And this potato salad looks just perfect.

Nona would be very proud of this recipe! Pass me a bowl please.

This looks so good – a wonderful old-fashioned potato salad. I live in Marin and loved reading about your grandmother and seeing the photo.

That photo of your Nona is priceless, as is her recipe! She would be very proud of you. This potato salad looks absolutely delicious!

Potatoes are one of those classic comfort foods and your potato salad definitely reigns true to that…simple, traditional, and looks beautiful!

Love that photo of Nona and how it puts a face to a name for your potato salad!

Love this, and I especially love the story behind it. Thanks for sharing!

I love reading your posts! The stories and the photos! Plus what a great recipe, feels like a classic potato salad that I grew up with.

I am with you – potatoes are the ultimate comfort food! And I love that you can have them in cold form in potato salads…this one sounds like a classic (you can’t go wrong!).

That Nona of yours…she had some good recipes! And if you ever feel like putting up her recipe for a Jell-O salad type thing, I unabashedly love those, too.

I’m in charge of bringing the potato salad to this years 4th of July BBQ! I think I’ll try this one out. It looks so good and easy to make. Can’t wait to try it 🙂