Looks can sometimes be deceiving. Take, for instance, these cookies. At first glance, they might seem a bit, oh I don’t know, simple. But they’re chocolate, so you take one. Then with that first bite, you’re hit with a burst of chocolate so intense, you wonder how all that flavor got packed into such a tiny package. It’s simple, really. Two forms of chocolate are mixed into the dough, making this traditional French cookie simply irresistible. For this seventh installment of #TwelveDaysofSanta let’s nosh on some Double Chocolate SablÃ©s while we explore Santa stories from France.

In France, celebrations tend to vary by region. For some, it’s all about la fÃªte de Saint Nicolas on December 6, which is considered one of the most important holidays of the season. As the story goes, three children were lost in the forest, and a wicked butcher took them in, holding them hostage until they were rescued by St. Nicolas. Since then, celebrations have been held each year in his honor, with small gifts and cookies exchanged on that day.

For most, Christmas is celebrated on December 25, and although the Christmas tree is a popular symbol of the season, the nativity scene (La CrÃ¨che) more often takes center stage. On Christmas Eve, French children put there shoes in front of the fireplace in this hope that PÃ¨re NoÃ«l (Father Christmas) will fill them with gifts. Rather than reindeer and a sleigh, PÃ¨re NoÃ«l arrives on his donkey named Gui, and his sidekick, PÃ¨re Fouettard, the aforementioned evil butcher, joins him to dole out spankings to children who have misbehaved.Â  Children who write letters to Santa each receive a personal response, thanks to a law that was passed in 1962.

When it comes to Christmas, the French are all about the food. Le RÃ©veillon is an exceptional meal served after Midnight Mass on Christmas Eve. Imagine returning home from church to a lavish feast consisting of dishes made of lobster, oysters, foie gras, duck, and goose.Â  And in Provence, they cap it off with thirteen desserts, honoring Jesus and his twelve apostles.

I’d like to think that at least one of those desserts would be the ever popular French sablÃ©. The sablÃ©, literally meaning “sandy,” best describes the texture of these delicate cookies. Originating in 17th century France in the Normandy region, they’ve become a national favorite.Â  This version is particularly delectable with a deep, rich chocolate flavor and melt-in-your-mouth goodness. Because the dough is a bit crumbly, it can be a somewhat fussy to roll out, but you’ll find it’s all worth the effort. This particular version was adapted from Miette

, a cookbook from the popular pÃ¢tisserie here in San Francisco. 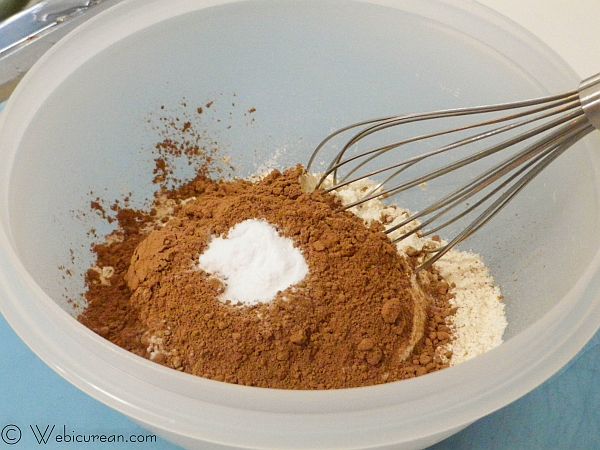 Start by sifting together the flour, cocoa powder, and baking soda, and setting that aside. 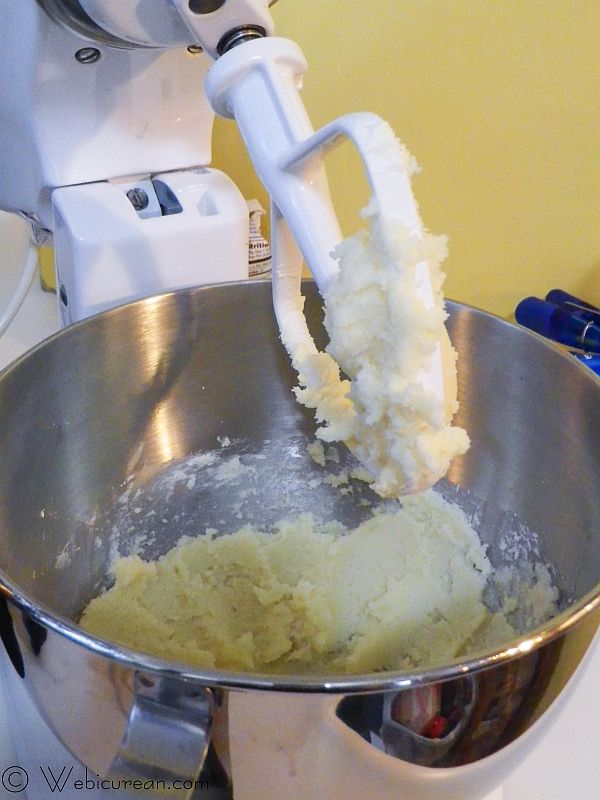 In a mixer bowl, cream together the butter, sugar, salt, and vanilla. 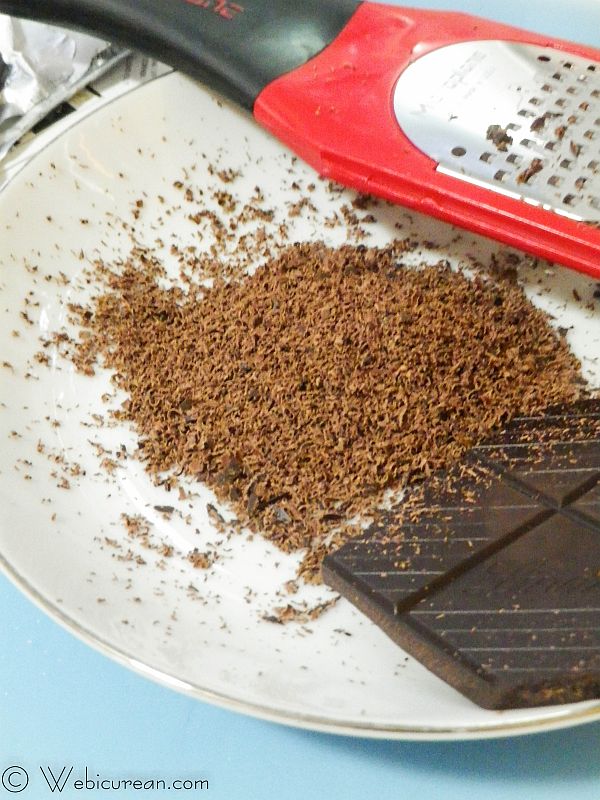 Gradually add the flour mixture to the creamed butter along with the grated chocolate, until well combined. 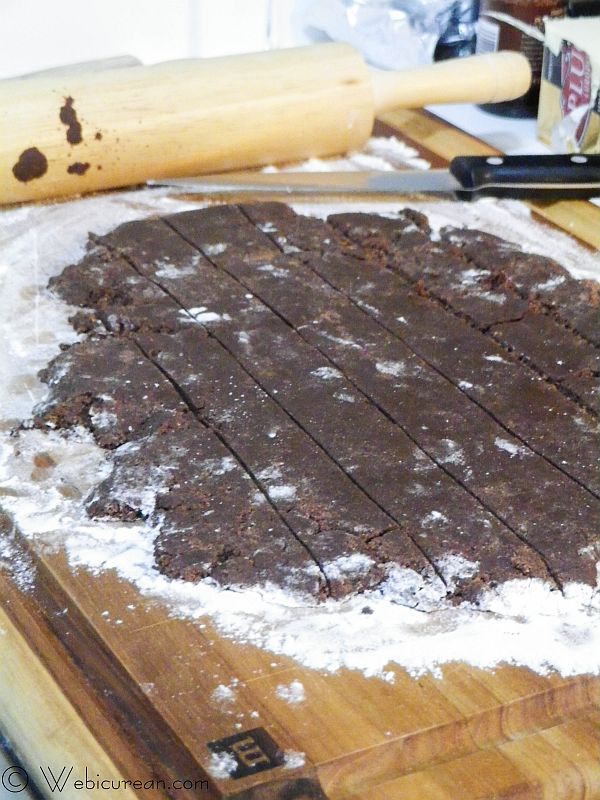 Roll the dough out on a lightly floured surface, about 1/2 inch thick.

With a sharp knife, cut into one-inch squares, and place on a parchment lined baking sheet about 2 inches apart. Sprinkle with sparkling sugar before baking. 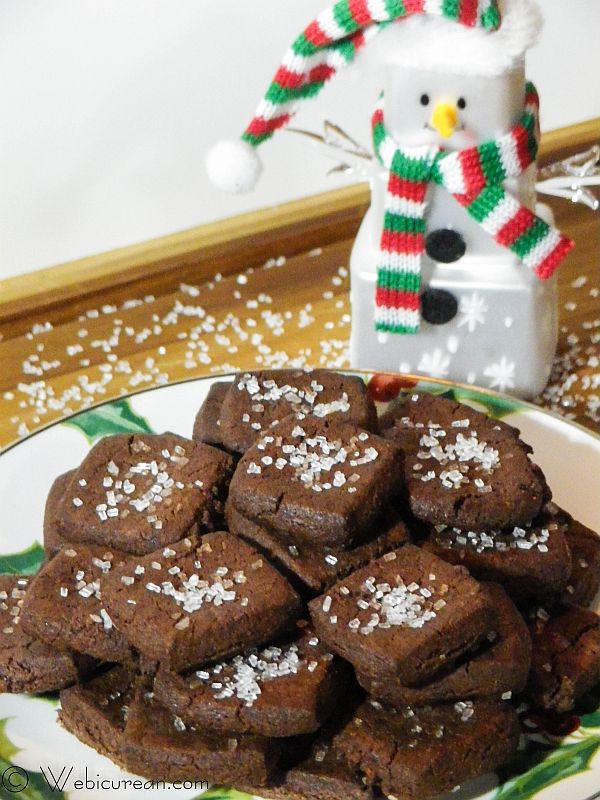 Let these cool completely before serving.