It was in the wee hours of Christmas morning that my mother awoke to a stirring in the living room, followed by the exclamation, “Oh, Marvel! You did come!” The year was 1969, and at four, I was thoroughly obsessed with horses already. Of course, in San Francisco, you can’t actually keep a horse in your yard, so I lobbied for the next best thing–Marvel the Galloping Mustang. And as requested, Santa delivered. It’s a story my mom loves telling to this day. Funny what sticks with us, and while that particular Christmas is a little fuzzy to me, what I do recall is the annual ritual of leaving Santa a plate of fresh cookies accompanied by a well chilled martini. Only in San Francisco. This year Santa’s getting a special treat with his martini–Red Velvet Crinkle Cookies. 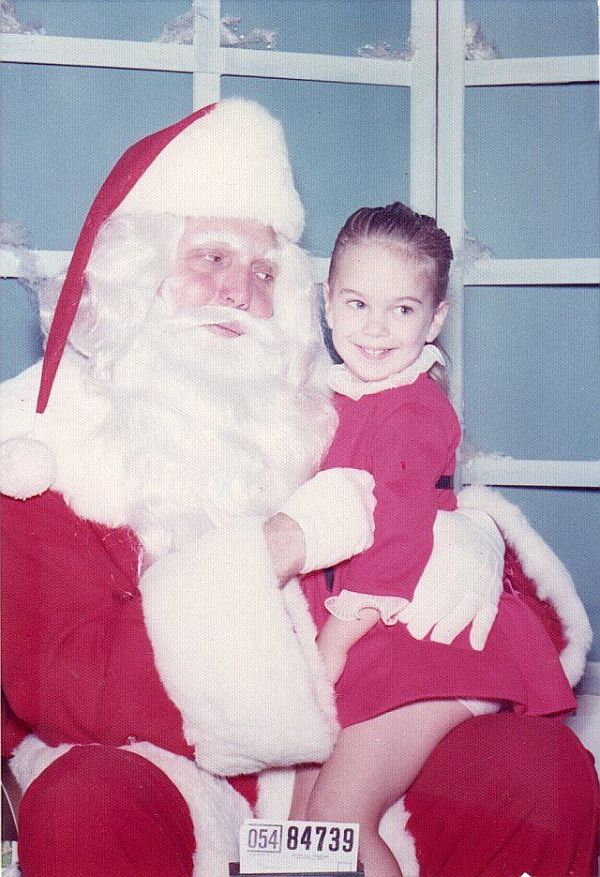 Here in the U.S., the story of Santa is shaped from the various legends and lore from around the world. St. Nicholas of Myra, the 4th century bishop, was well-known for his gift giving and generosity and was the one who inspired the myriad Santa legends. In fact, many countries continue to honor him on St. Nicholas Day (December 6). Known to the Dutch as Sinterklaas, his name became Americanized as Santa Claus in the Dutch settlements here. Santa lore evolved over the years, but it was early 19th century author Washington Irving who brought him to life in his writings. And it was Thomas Nast’s iconic 1881 illustration for Harper’s Weekly that depicted the image of the modern Santa Claus we know and love (not Coca-Cola, although they did help popularize that image through their ads).

Traditionally, we left a plate of Toll House Cookies for Santa; however, this year I opted for something a little more festive–Red Velvet Crinkle Cookies. Beautiful soft red cookies rolled in powdered sugar match his outfit perfectly. Plus, they’re so easy to make, you’ll find yourself whipping these up all year ’round. This recipe was adapted from Duncan Hines. 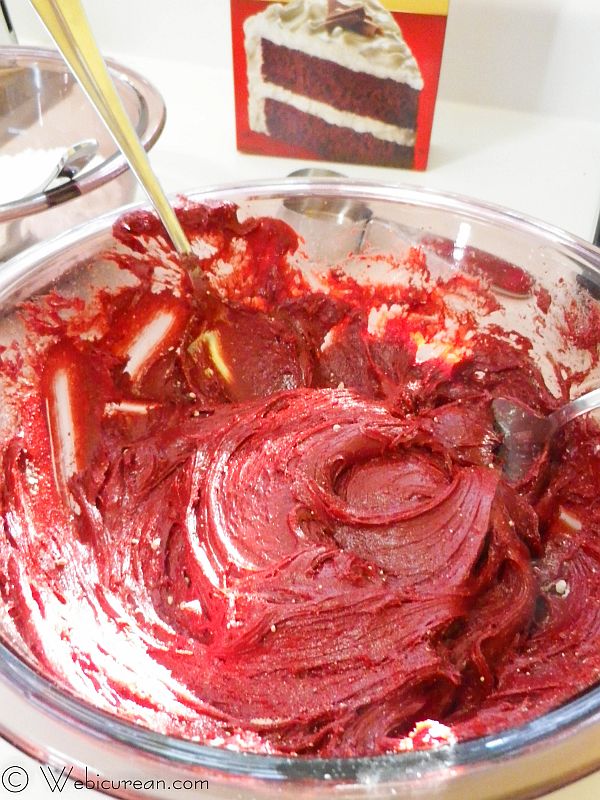 In a small bowl, stir together the powdered sugar and cornstarch, and set that aside. Next stir the remaining ingredients together in a big bowl, adding the vanilla chips last. 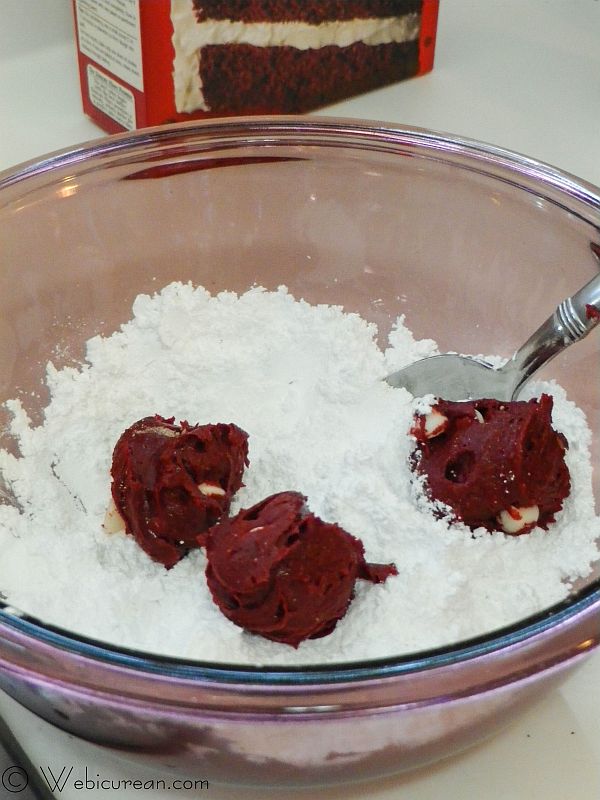 Using a cookie scoop, roll the cookie dough into 1 inch balls, and roll around in the powdered sugar mixture until completely covered. 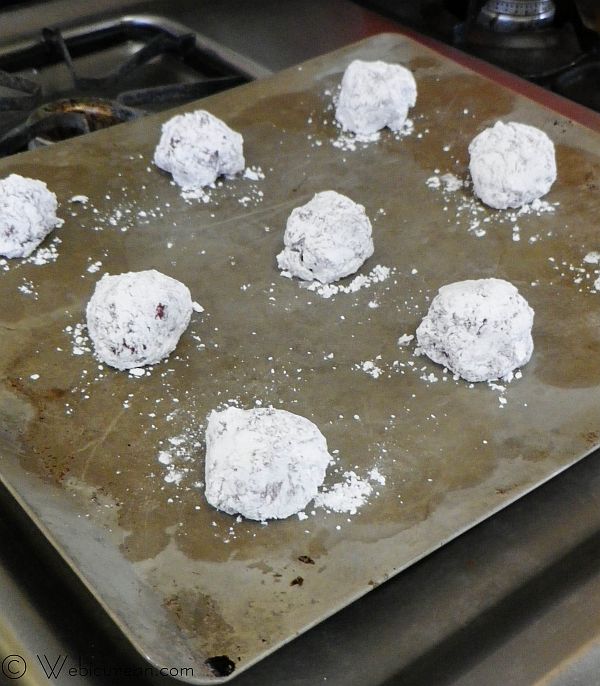 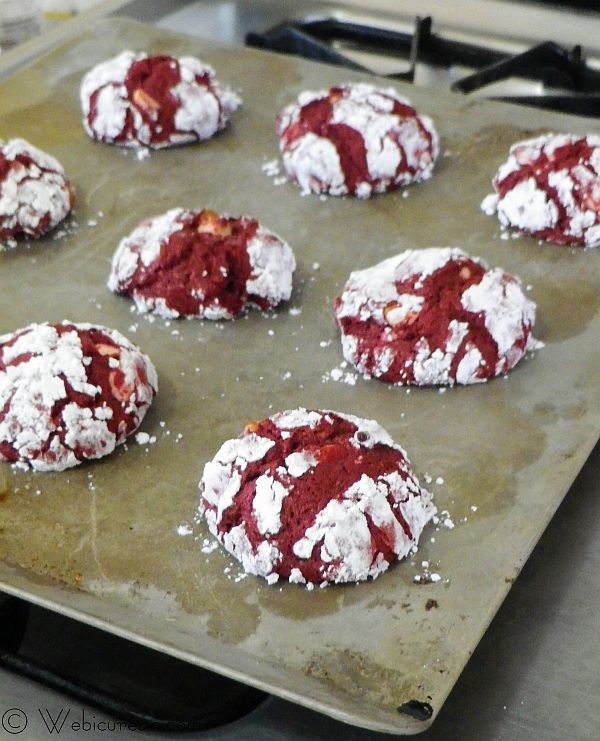 Let these cool for a few minutes before transferring to a wire rack to cool completely. 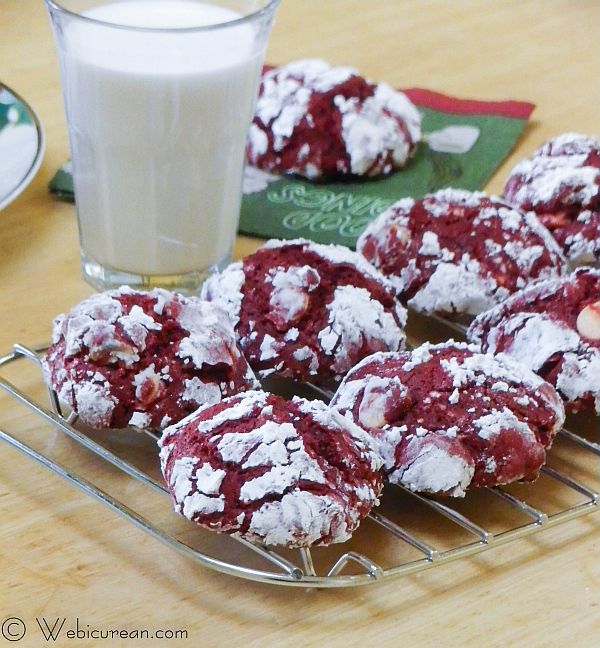 Enjoy with a glass of milk (or a well chilled martini)!

Save Print
Prep time
10 mins
Cook time
10 mins
Total time
20 mins
Crisp on the outside, soft on the inside and loaded with vanilla chips, these red velvet crinkle cookies are a treat any time of the year.
Author: Anne Papina
Recipe type: dessert
Cuisine: American
Serves: 18
Ingredients
Instructions
Wordpress Recipe Plugin by EasyRecipe
3.2.2206

The holiday season got a little crazy for me, so I’m just now catching up on all my blog reading, which is why this comment is “late”, but I must say that these cookies look amazing and that picture is ADORABLE!! I’m sure Santa quite enjoyed these. 🙂

Aww thanks! I don’t even want to think about how far behind I got this holiday season! Have a wonderful New Year Julie! xoxo

So excited to bake this. Anyways, can these be frozen?